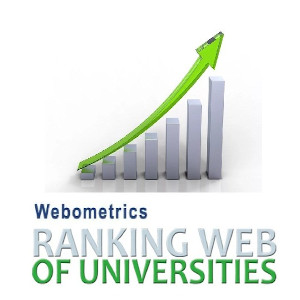 The Webometrics ranking, is a ranking published twice a year (in January and July), to assess the web presence of universities, and promote Open Access to the knowledge generated by universities. This ranking is based on 4 indicators: Presence (the number of pages / files on the web), visibility (the impact of knowledge accessible on the university’s website), openness (influence researchers from the establishment), and excellence (number of publications among the most cited worldwide) .This ranking tracks the indicators of more than for more than 30,000 universities around the world, including 104 Algerian universities.

In July 2020, the Webometrics ranking mentioned positive performances for the University of Mila, which are detailed as follows:

Mila University’s performance in the webometrics ranking is the result of efforts to improve the university’s web presence, including the website and e-learning platform, as well as the performance of its researchers.

However, these positive performances, does not reflect the scientific production of teachers and students, which part of it, still invisible.

It’s why, the university is working to improve access to its knowledge, in order to achieve a significant improvement in the classification indicators.

The launch of Dspace service

A National forum on: The Algerian Dinar Purchasing Power Decline and the Economic Stability in Algeria