Biography of the mujahid AbdelHafid Boussouf 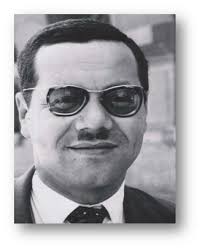 Is the founder of the Algerian intelligence secret services and the independent technocrat. With all his nicknames, the brilliant and gifted son of Mila deserves to be named among the greatest man of the nation, for the effective role he played throughout the struggle for independence. Thanks to that, he could develop ingenious military strategies, which enabled him to take his place in the front ranks of the National Liberation Army (ALN). Boussouf marked the history of Algeria alongside with all who sacrificed themselves to free the country using an exceptional intelligence and a unique vision.

At the age of eight, in 1934 he was continuing his studies in a French primary school. After he was taught the Koran by the Cheikh Bendakiche.

He joined in 1941 the Party of the Algerian People (PPA) in Mila, where he founded several military cells that will later be part of the 1954 revolution of November outbreak.

After finishing his studies in 1944, he moved to Constantine for work. There, he joined the (P A P) in Constantine and met a lot of activists like Boudiaf, Ben m’hdi, Bentobal, and others.

In 1947 He was a strong member of the special secret organization (OS).

After the OS was discovered by the colonials, he secretly went to Skikdaon 1950, then Oran regions where he became a leader of Tlemcen region.

March 1954, he joined the Revolutionary Committee for Unity and Action (CRUA) and in June of the same year, he participated in the historic meeting called the twenty-two leaders’ meeting.

During his militant career, Abdelhafid Boussouf held various positions and accomplished various missions within the revolution:

At the beginning of the revolution, he was made Lieutenant of Ben m’hidi in wilaya V (L’Oranie), in charge of the Tlemcen region.

After the Soummam congress in August 1956, he became a member of the National Council of the Revolution and was promoted to Colonel in September 1956 head of the wilaya V. He participated in the set-up of the transmission and information web in the wilaya V and then, to the other regions of the country. He, also, created the radio station «Voix de l’Algérie libre et combattante», (The Voice of free and fighting Algeria) which was the origin of the actual Algerian radio station. It started broadcasting in December 16, 1956 in the West of Algeria to fail the colonial propaganda.

He was a member of the execution and coordination committee in 1957. He was essential at the creation of the Algerian intelligence services which was characterized by its power and efficiency. He also was part of the process of having his students part of the KGB trainings.

Boussouf, was named Minister of General Liaison and Communications in the temporary government of the Algerian Republic in1958, and Minister of weapons and supply in 1961. He was a Krim Belkacem’s ally, first. Then, Colonel Bentobal’s. They were nicknamed the three B until 1962.

The history, will not deny the successes that the The intelligence services had played under the leadership of Boussouf such recruiting agents to spy on the French military communications units. This infiltration helped to reveal many secrets of the French army. Thus, his methods were based on secrecy allowed him to achieve many goals : discover an American intelligence agent in Algeria during the revolution. As well, the discovery of an American intelligence agent in Algeria during the revolution, the dismantling of the operation of the Greek ship, also, the operation of the NATO secretary and the recruitment of French ministers and other personalities, at profit from the Algerian revolution.

Boussouf, will henceforth remain, an unrivaled pioneer in the history of the tremendous revolution and one of the essential pivots of the Algerian nation.